Curemonte Legal Perspectives B.V. is a legal services firm established in 2012 by Paul Elion LLM, JD. Since then Paul has been supporting his clients as General Counsel or Director Legal and Compliance. In this position, he addressed and resolved a wide variety of tough legal issues and challenges, and managed the day-to-day European legal operations for clients in The Netherlands, Germany and the United States. As lead lawyer Paul is an effective legal team captain, executive advisor and member of his clients’ senior leadership team.

Paul started his legal career in 1987 as a corporate and commercial attorney with the Rotterdam based law firm of Loeff & van der Ploeg (a legal predecessor of Loyens Loeff), before moving to their New York office in 1989. In New York Paul primarily worked on matters of Dutch corporate and business law, international transactions and legal disputes involving US and Dutch parties, as well as corporate litigation in the Netherlands Antilles. In 1992 Paul moved back to the firm’s Rotterdam office where he further specialized in corporate and business law.

Paul’s experience at GE and GE Capital extends from international finance deals, large specialty chemicals procurement contracts, international joint ventures, to M&A deals and other transactions in which Paul was a critically important member of the transaction team. His vast experience includes the GE legal advisor role to one of GE’s strategic alliances, and the role of Compliance Officer for the GE Pension Fund in The Netherlands. Paul also served as Dutch board member for an international GE joint venture and for several GE companies in Ireland, India and The Netherlands. 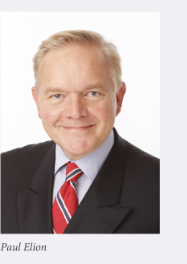 In his role as General Counsel / Director Legal & Compliance for one of the first Netherlands based “bad banks”, Paul has supported the Board of Directors on a wide array of legal and compliance affairs. These affairs included real estate loan issues, nationalization and legal separation issues, regulatory supervision matters, a Euro 5 billion refinancing program through listed securities, loan restructuring and recovery actions, and managing major litigation. Paul also advised and provided legal input regarding several major integrity investigations, and managed the corporate secretarial role at board and supervisory board level.

In his role as General Counsel Europe for a large international fleet management company, Paul advises senior management and the US head office on legal and compliance matters regarding the day-to-day European business operations, regulatory approvals, new product initiatives, post-acquisition business integration and corporate law matters. In this role he also provides transactional and contract support to the commercial teams.

Paul is fluent in Dutch, English and German and is good at French. He holds a Master of Laws degree from Leiden University School of Law in The Netherlands and a J.D. degree from Baylor University School of Law in Waco, Texas, USA. Paul is member of the Dutch Lawyers Association (Nederlandse Juristen Vereniging) and the Dutch Legal Advisors Association (Nederlandse Vereniging van Rechtskundige Adviseurs).